Vanitas in the Anthropocene 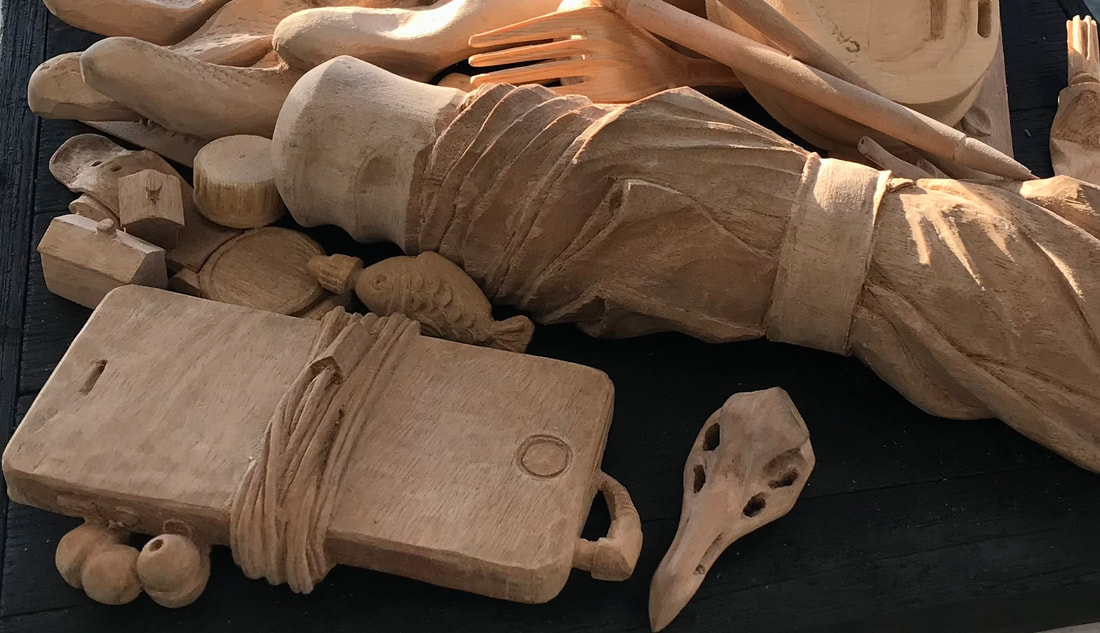 'Vanitas in the Anthropocene' is a contemporary still life.  Traditional still life paintings were symbolic artworks, which both acknowledged the transience of life and the inevitability of death.' Vanitas in the Anthropocene' is composed of the modern equivalents to the symbolic objects traditionally used in still life paintings. The work is dominated by objects which are either disposable or have a planned obsolescence. Unlike Vanitas paintings which have an inherently religious imperative, focusing on the salvation of the viewer’s soul, this work asks the viewer to reflect upon the ecological morality of consumption. The seagull is one of the animals which has become ubiquitous with urban life, it's skull is here as a memento mori.

I have used two types of timber in this project, White Beech and Huon Pine, both of which are native Australian timbers, which have been logged to the point of endangerment. New protection measures have limited the use of both these timbers, and in the case of Huon Pine, it can only be sourced through salvage. Each object is hand carved, a slow imperfect process in direct opposition to the quick paced mass production of their original counterparts. The two variations of Vanitas contrast  greatly, one is a methodic almost scientific layout, a measurement. In the other the pieces are dropped unceremoniously on a surface, invoking an image of plastic pollution rather than the harmonious compositions of a traditional still life painting. 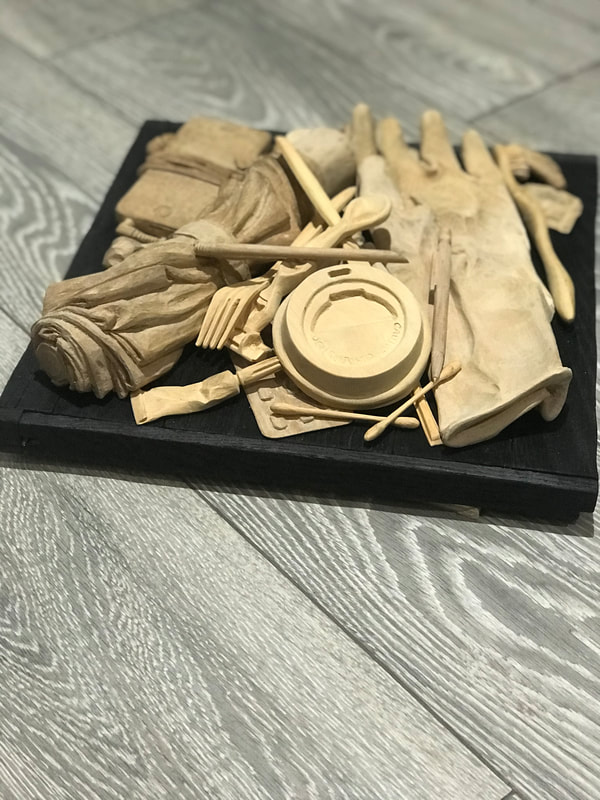 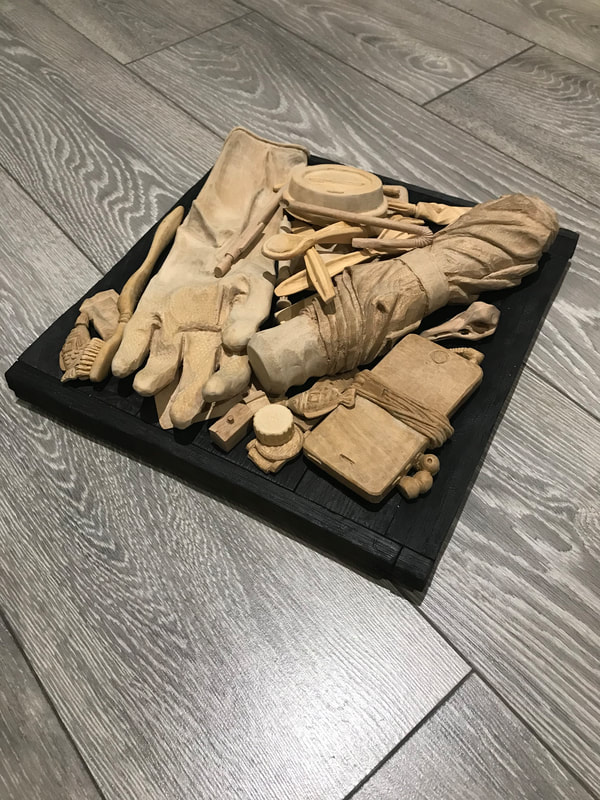 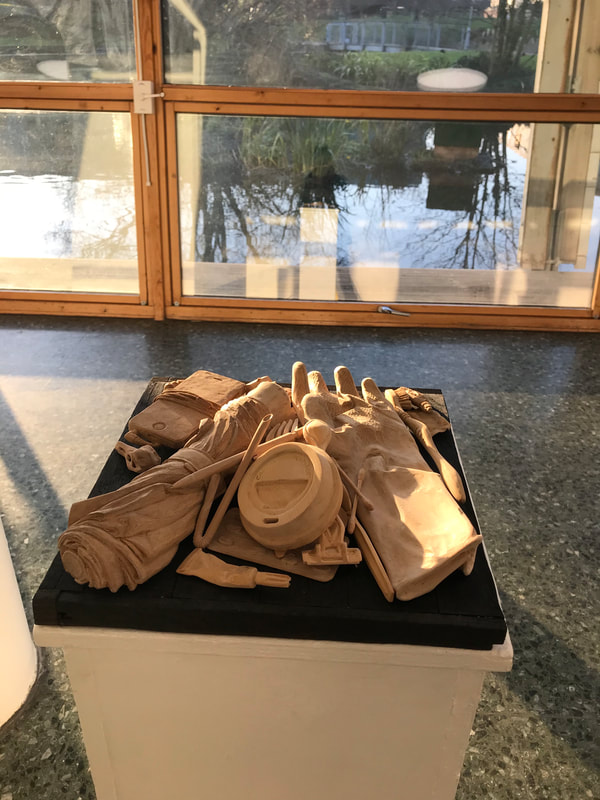 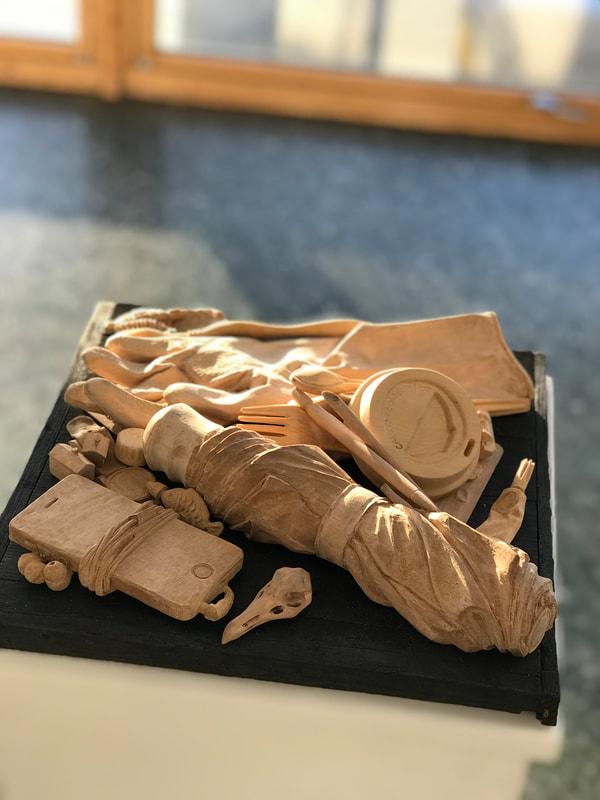 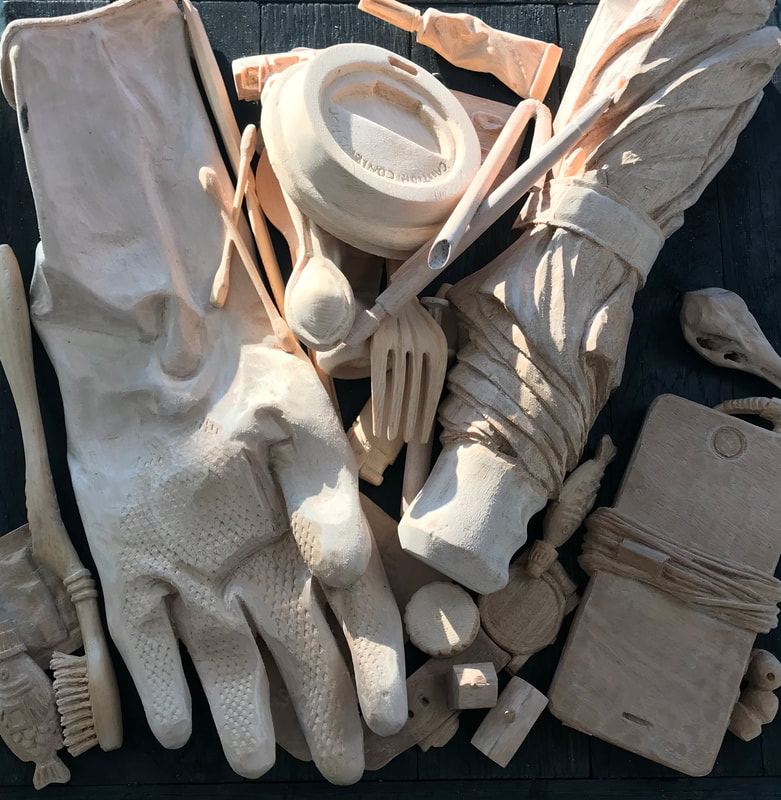