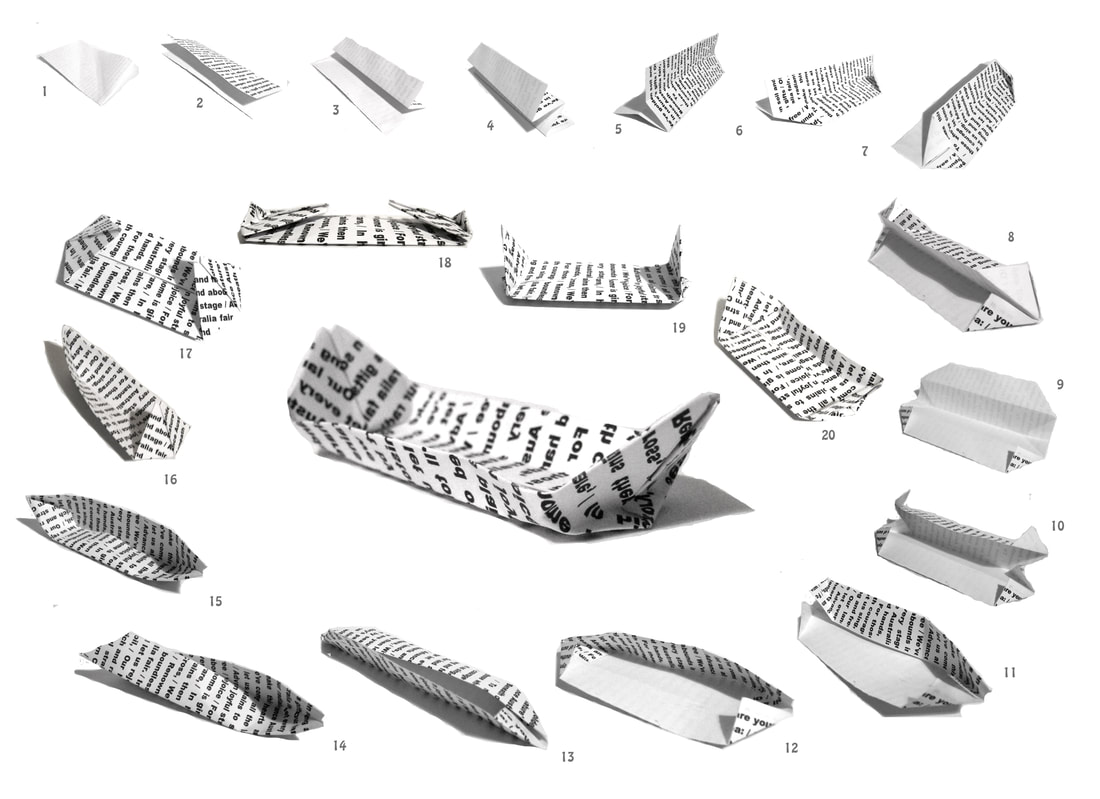 In 2010 Australia watched as a boat filled with 89 refugees was wrecked off the coast of Christmas Island. The conditions were deemed too dangerous to attempt a rescue. 48 people died and 42 were saved.
The words of the National Anthem resonated in my head, while listening to the draconian policy decisions of Australian government were announced. As refugees risk everything to take treacherous journeys across oceans, they are not driven by choice but by need. The boats they take hold their dream and hope of survival.

The audience is invited to fold a boat and leave it with the work. 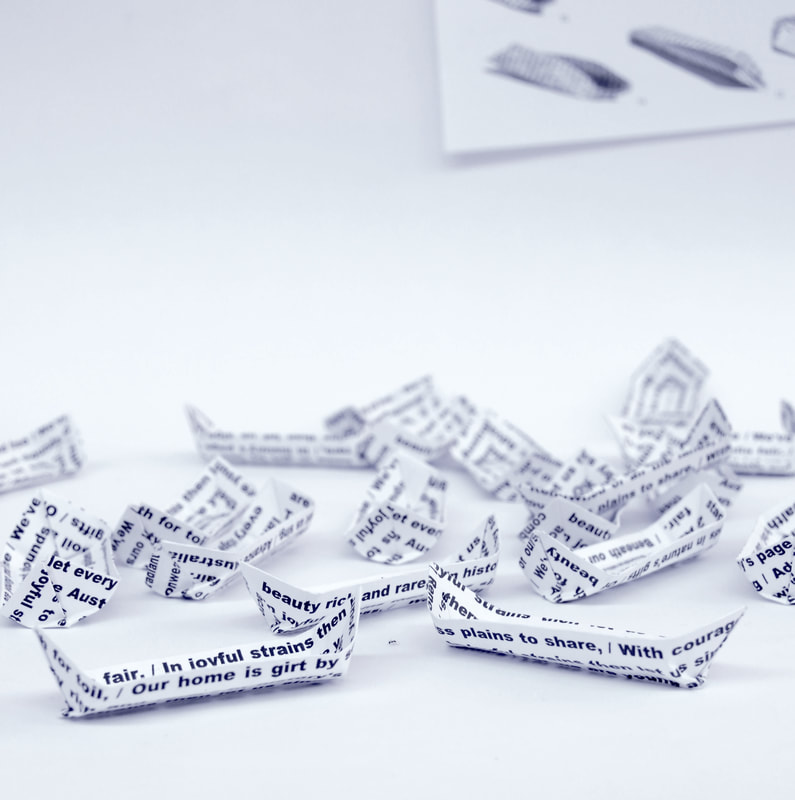 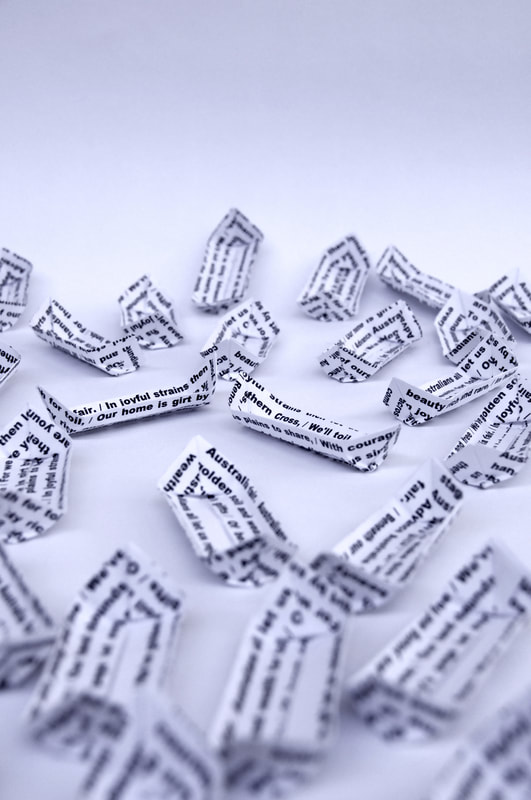 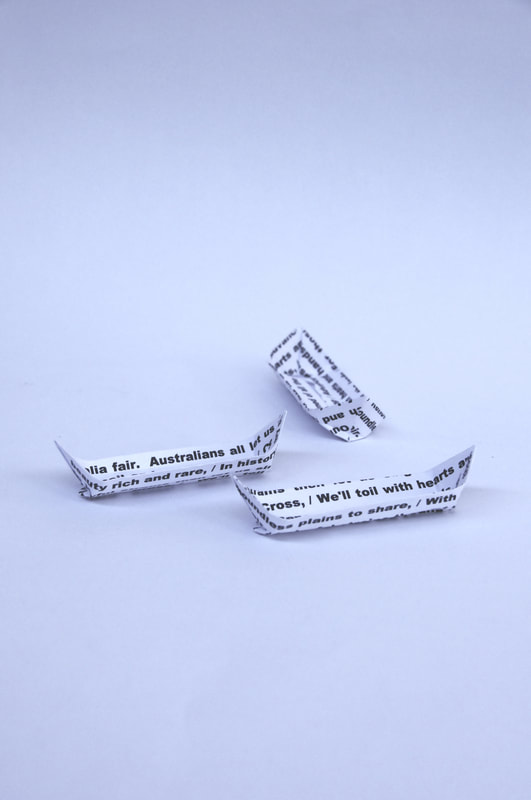