Sydney Harbour has slowly been dismantled from being a highly active place of industry to what it is today. While deindustrialisation is not per se a bad thing the increasing reliance upon overseas production is something, of which,  I believe we should be more conscious. My concern is not only environmental in regards to transportation and how industry could impact the place of production, but also, the dynamic of creating excess things which are cheap to produce, which reinforces the divide between the parts of the world which have and the parts of the world which struggle with poverty.

Using White Beech, a native Australian wood, which is now grown in and imported from Fiji I have carved gloves which would have been used in aspects of the timber industry. They are presented on old railway speakers. The work was created for Sawmillers on Sydney Harbour which used to be the site of a sawmill. 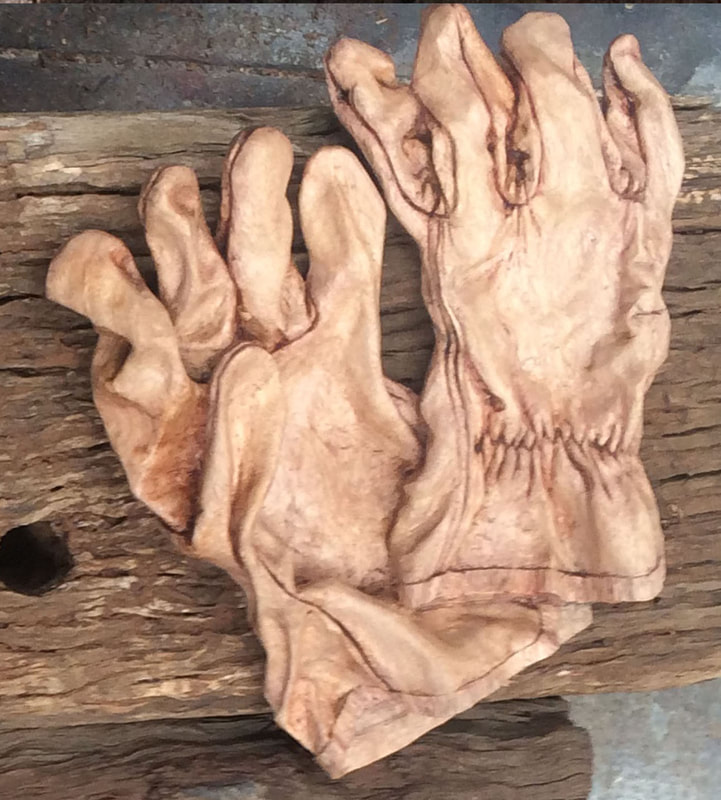