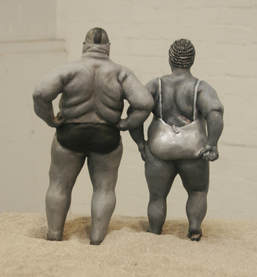 Inspired by the iconic,  athletic, bronzed figures in the works of Max Dupain.  I have inserted the bodies of the average contemporary Australian. In spite of ideas of athleticism and health, Australia is quickly becoming one of the fattest nations in the world. The figures reflect a more ambiguous ethnic identity, embracing Australia's plurality rather than representing only white heritage. The works are monochrome as a tribute to Dupain's work.

This is a ‘Minumental’ work. Minuments are small works which look at the less glorious aspects of  contemporary life. At a time in which Monuments are being (rightly) scrutinised.


Installation Shots
Last One to Leave Turn Out the Lights, Deptford, LONDON
2014 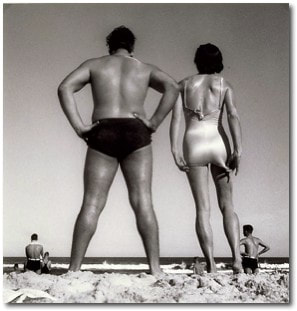